Alec Walsh first came to Martha’s Vineyard in 1970 as a 14-year old along with his family, refugees from the Jersey Shore. Until 2010, Chappaquiddick was the locus of his Vineyard experience. As a young man, summer days were largely spent on and around the water, fishing and clamming with friends and family, The Gut, Cape Pogue, Wasque Point and Caleb Pond were formative in developing his love and appreciation for the Island and its waters. Summer jobs included dishwashing on Dock Street, stocking shelves at Mercier’s, shucking scallops at Lawry’s Fish Market, and umpiring fast-pitch softball in the men’s league in Oak Bluffs, a valuable lesson in decision-making under imperfect conditions!

Alec graduated from St. George’s School in Newport RI, Upper Canada College in Toronto, and McGill University in Montreal, with a liberal arts degree. He embarked on a career in financial services in New York, spending fifteen years working in banking and the securities industry before joining Harding Loevner, an asset management firm focused on non-US markets, in 1994. He worked as a healthcare analyst, portfolio manager and partner of the firm serving a wide range of clients, including mutual funds, retirement plans, and sovereign wealth funds before retiring in 2019.

In 2010, Alec and his wife Sally bought a home in Chilmark, much to the delight of their three adult children and three grandchildren. They love the up-island combination of salt-water and agriculture, spending time gardening, fishing – and just enough yoga to keep moving.

Alec has served on the Investment committee in a non-board capacity since 2018, prior to joining the board in 2020. 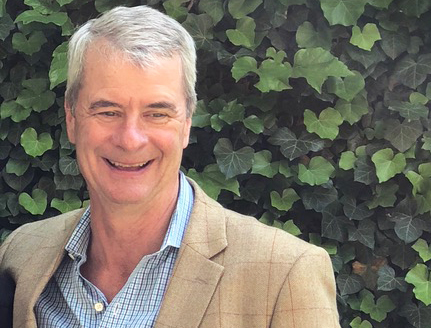